"Given the pervasiveness of obscenity it's our recommendation that you declare the prosecution of obscene pornography a criminal justice priority and urge your U.S. Attorneys to bring prosecutions against the major producers and distributors of such material," the group wrote in a letter obtained by National Review. 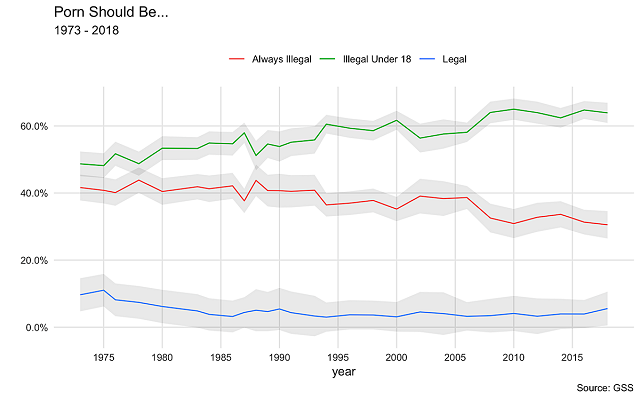 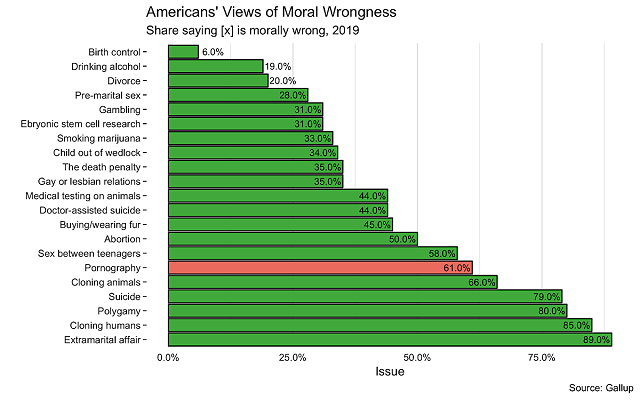 There is no continuous data on this question, so we can't know for certain. But we can cobble together several surveys to try to get a bigger picture. Between 1973 and 1994, the GSS asked respondents if they believed that pornographic materials lead to the "breakdown of morals." Between 1987 and 2007, the Pew Values Survey asked if "nude magazines and X-rated movies provide harmless entertainment for those who enjoy it." 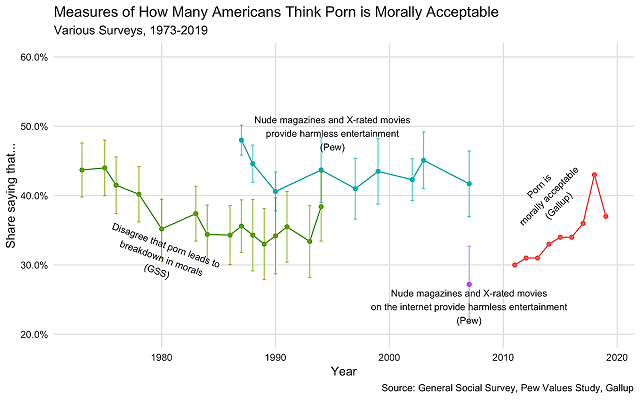 One other interesting, albeit outdated, fact shows up in the Pew data. In 2007, Pew polled two questions—the standard one about "nude magazines and X-rated movies," and one that appended "on the internet." Internet pornography, it turns out, was considered way worse than its offline counterpart—just 27% said it was "harmless entertainment."

Some might object that just because Americans think something is immoral does not mean they think it should be regulated. But, as mentioned, Americans are more likely to morally approve of lots of things—gambling, physician-assisted suicide, abortion—that they also support aggressive regulation of, or even bans on. Most Americans aren't libertarians, and are willing to tolerate some government oversight of things they are morally squeamish about. 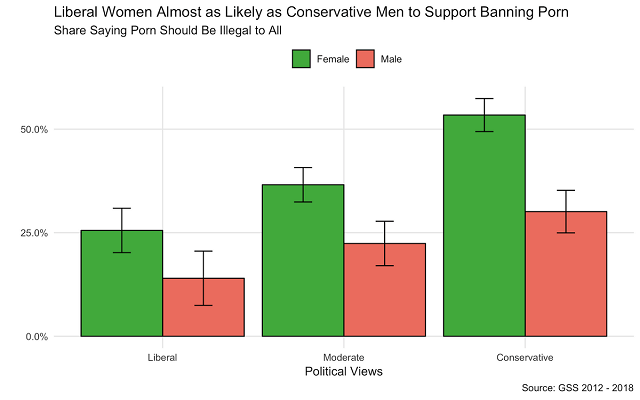 Such regulation would follow the approach that the late drug-policy expert Mark A. R. Kleiman called "grudging toleration," charting a course between full legalization and a full ban. "Grudging toleration" would focus on making acquiring pornography more onerous—e.g. through opt-in or credit card requirements—and targeting the worst of the worst actors (like market monopolist Mindgeek) with already existing regulatory authority.