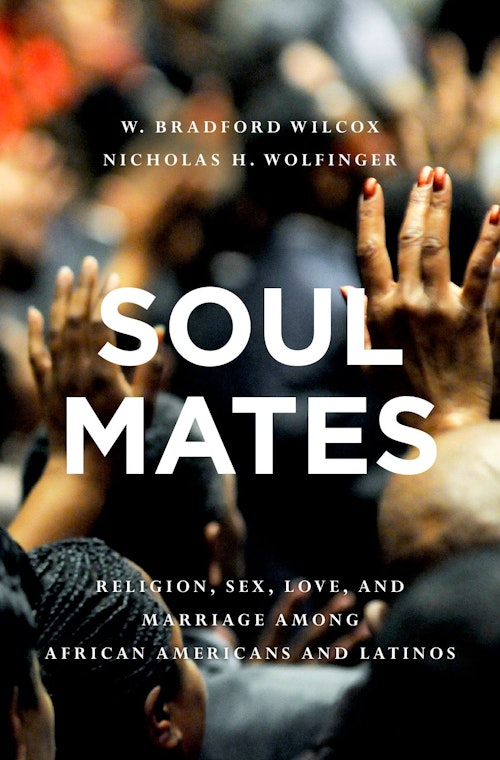 Soul Mates shines a much-needed spotlight on the lives of strong and happy minority couples. Wilcox and Wolfinger find that both married and unmarried minority couples who attend church together are significantly more likely to enjoy happy relationships than black and Latino couples who do not regularly attend. They argue that churches serving these communities promote a code of decency encompassing hard work, temperance, and personal responsibility that benefits black and Latino families. 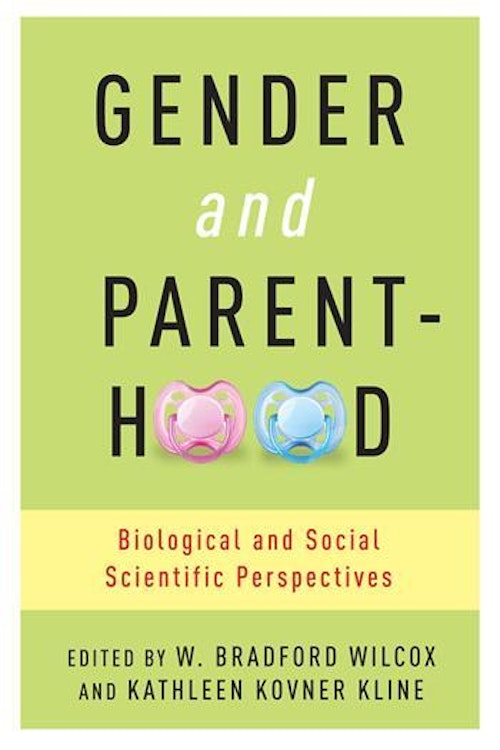 The essays in this collection deploy biological and social scientific perspectives to evaluate the transformative experience of parenthood for today's women and men. They map the similar and distinct roles mothers and fathers play in their children's lives and measure the effect of gendered parenting on child well-being, work and family arrangements, and the quality of couples' relationships. 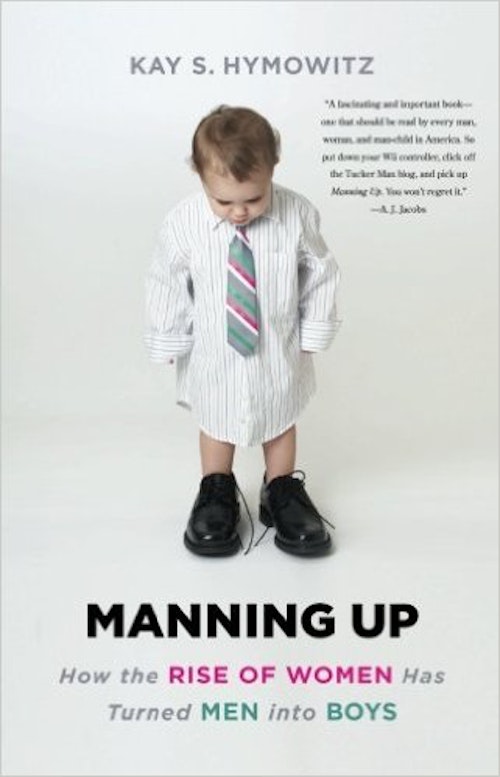 Manning Up: How the Rise of Women Has Turned Men Into Boys

Young men seem to be stuck in adolescence as young women do better than them in school, earn more college degrees, and increasingly dominate the most vibrant sectors of the economy. Both men and women are getting married later than ever, and as they struggle to navigate conflicting sets of rules about dating and marriage, many despair of finding a mate at all. Kay Hymowitz analyzes how these trends arose and how we can expect them to affect family life and society. 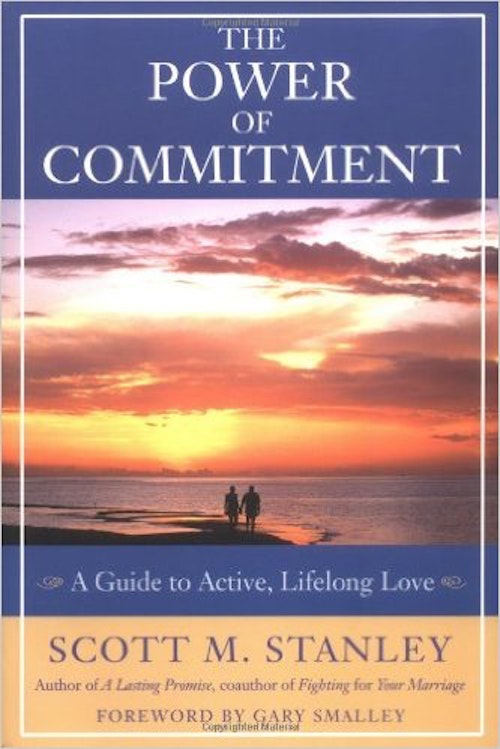 The Power of Commitment

In a society that fears commitment—with the declining marriage rates and high divorce rates to prove it—how can you forge a lasting relationship? Scott Stanley provides a research-based method for understanding and living out commitment, from the ordinary pressures of daily life to surviving the pain of unfulfilled dreams and avoiding the temptation to stray from your spouse.

For many Americans, the phrase "young single mother" conjures up a picture of a teenage high-school dropout. But that image is out of date. Teen pregnancy rates have been declining for two decades now. Today's typical unmarried mother is a high-school graduate in her early 20s who may very well be living with her child's father.

The Distinct, Positive Impact of a Good Dad

Are dads dispensable? A lot of scholars and writers weighing in on fatherhood these days have come to the conclusion that they are. As Jennifer Aniston, for example, once put the point in the high-profile context of a press conference: "Women are realizing it more and more knowing that they don't have to settle with a man just to have that child."

Alone in the New America

By David and Amber Lapp

Tucked in a valley, Maytown's historic center is home to white working-class residents in ranch and folk Victorian homes.  Many of the aging residents, post-World War II transplants from Appalachia, are retirees from union jobs at Ford or General Electric plants and are now celebrating fiftieth wedding anniversaries.  Their children and grandchildren, however, are increasingly alienated from work and marriage.  Many live together and have children without being married.  "Marriage runis relationships," is a common observation.  Many are under- or unemployed.

The Dangers of Celebrating Single Motherhood

“Single Mom by Choice: A Great Option for ‘Strong-A–– B––––––.’ ” That was the headline of a post on Jezebel last year exploring the question of the ups and downs of single motherhood. Citing a recent piece by Kate Bolick in Cosmopolitan, the author notes that the moms who were interviewed all said having a child as a single woman was “the best decision she’d ever made.”

A few weeks ago I spent a day sick in bed, drinking green tea with spoonfuls of honey and spritzes of lemon by the mug-full, and trying to rest while my three-year-old jumped on the bed and occasionally on top of me, too. That's when I decided to put in the Disney movie that everyone has been talking about for the last year — we've been invited to Frozen movie nights in the park and brought Frozen dolls as gifts to Frozen-themed birthday parties — but I had yet to see it.

This month, millions of high school seniors across America are making important decisions about which college they will attend for the next four years of their life. Based on my professional experience talking to high school students considering attending the University of Virginia, where I teach sociology, many of these seniors seem unaware of how much their chances of collegiate success depend not on their hard work or capabilities, but on whether their parents made certain sacrifices to support them over the years.

By Brad Wilcox and Anna Sutherland

The standard portrayals of economic life for ordinary American families paint a picture of stagnancy, even decline, amidst rising economic inequality. But rarely does the public conversation about our changing economy, from the pages of the New York Times to the halls of the Brookings Institution, focus on questions of family structure. This is a major oversight: Though few realize it, the retreat from marriage plays a central role in the changing economic landscape of American families, in race relations in America, and in the deteriorating fortunes of poor boys. In a word, the increasingly “separate and unequal” character of family life in the United States is fueling economic, racial, and gender inequality.

When I started following the research on child well-being about two decades ago, the focus was almost always girls' problems — their low self-esteem, lax ambitions, eating disorders and, most alarming, high rates of teen pregnancy. Now, though, with teen births down more than 50% from their 1991 peak and girls dominating classrooms and graduation ceremonies, boys and men are increasingly the ones under examination. Their high school grades and college attendance rates have remained stalled for decades. Among poor and working-class boys, the chances of climbing out of the low-end labor market — and of becoming reliable husbands and fathers — are looking worse and worse.

How the Church Helps Black Men Flourish in America

By Brad Wilcox and Nicholas Wolfinger

From Barack Obama to Rand Paul, Ta-Nehisi Coates to Jason Riley: Across the ideological spectrum, scholars, pundits, and politicians seem to agree that black men are floundering. As the president observed in 2014, “by almost every measure, the group that is facing some of the most severe challenges in the 21st century in this country are boys and young men of color.”

Last week, the Centers for Disease Control released a report touting a “significant” decline in teen sex—14 percent for females and 22 percent for males—over the last 25 years.  The topic is what Internet media types call “clickbait.” Read the whole report, however, and you may be disappointed—or not, depending on your view of these matters and the age of your children. What the numbers really say is that with the exception of using more emergency contraception—a.k.a. “the morning- after pill”—teens haven’t changed their sexual habits much since the agency’s last survey in 2002.

By Anna Sutherland and Brad Wilcox

The standard portrayals of economic life for ordinary American families paint a picture of stagnancy, even decline, amidst rising economic inequality. But rarely does the public conversation about our changing economy, from the pages of The New York Times to the halls of the Brookings Institution, focus on questions of family structure. This is a major oversight. Though few realize it, the retreat from marriage plays a central role in the changing economic landscape of American families.

But what two-America talk doesn’t get is just how much these ominous trends are entangled with the collapse of the nuclear family. While Americans have been squabbling about gay marriage, they have managed to miss the real marriage-and-social-justice issue, one that affects far more people and threatens to undermine the American project. We are now a nation of separate and unequal families not only living separate and unequal lives but, more worrisome, destined for separate and unequal futures.

What an Intact Family Has to Do with the American Dream

By Brad Wilcox and Robert Lerman

The standard portrayals of economic life for ordinary Americans and their families paint a bleak picture of stagnancy, rising economic inequality, joblessness, and low levels of economic mobility. From President Barack Obama’s speech last year at the Center for American Progress to Fed chairman Janet Yellen’s address this month in Boston, we’re getting the picture that the American Dream looks to be in bad shape. These portrayals contain an important germ of truth — today’s economy isn’t doing ordinary Americans many favors — but what is largely missing from the public conversation about economics in America is an honest discussion of the family factor in all of this.

Why Single Men May not be Having the Most Fun

Oh, the life of the young single man. Pop culture’s depiction of young men’s single years as impossibly fun, footloose and fancy-free has a certain purchase in our culture. It’s one reason why plenty of young men look at marriage as a “ball and chain,” but that mind-set can have a number of downsides.

Welfare and Marriage in Fishtown

When you get married, I’m pretty sure that you lose your insurance,” Katie, a 26- year-old cohabiting mother of two who receives Medicaid benefits, said in a recent interview with Institute for Family Studies (IFS) research fellows David and Amber Lapp. The Lapps interviewed a dozen poor and lower-middle-class individuals about how social- welfare programs affect their marriage decisions. Katie is planning on marrying her boyfriend, but she’s also worried about the impact marriage would have on her access to healthcare.

Keep up with all of the latest research and writings from IFS. View more Research

Teens and Tech: What Difference Does Family Structure Make?