At a time when all of us could really use some good news for a change, there is some positive information to report about the American family. Family life for U.S. children appears to have stabilized in recent years, at least when it comes to the structure of children’s families. That's according to a new series of profile reports from the National Center for Family and Marriage Research (NCMFR) at Bowling Green State University, which analyzed data from the 2010 and 2016 Current Population Survey (CPS) and found “essentially no change in children’s family structure since 2010.” Here are three key takeaways from each of the NCFMR reports: 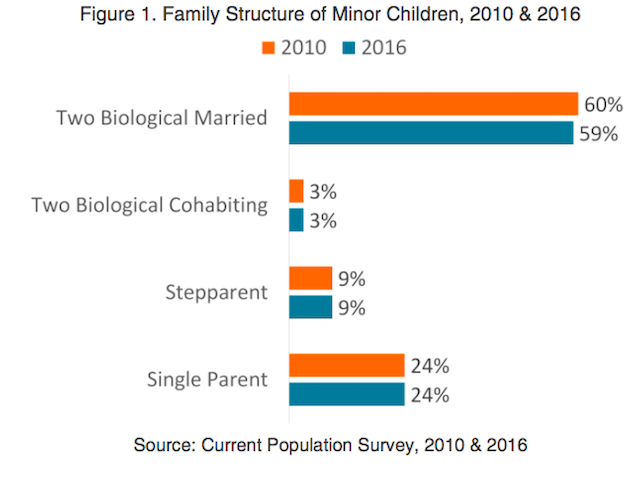 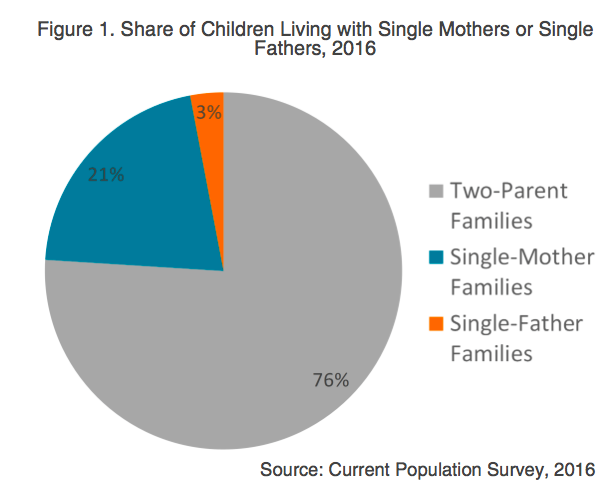 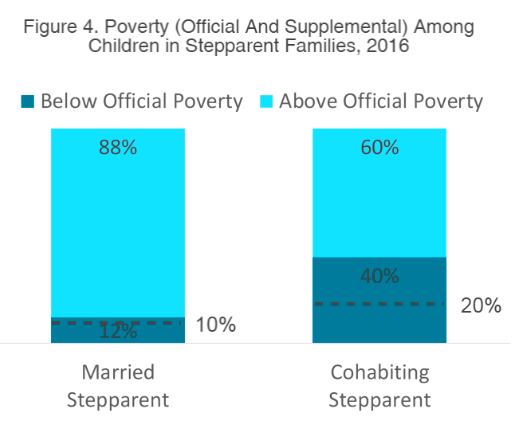 Much has been written, including on this blog, about the changes to the American family over the past 25 years, from the rise in cohabitation and unmarried parenthood, especially among younger Americans, to the growing marriage divide between the higher educated and the less educated. Despite these trends, however, we can take heart in the news that in recent years at least, the structure of most U.S. children's families has not changed in significant ways. The majority are living with their own parents in married families, where they are significantly less likely than children in other family forms to experience poverty and the instability that too often results when marriage is absent or breaks down. Perhaps the married biological parent family has more staying power than we thought.

Alysse ElHage is the editor of the Institute for Family Studies blog.