Maxim Masculinity: One Legacy of the Divorce Revolution

Never in my wildest dreams did I imagine I’d earn the ire of a character named Turd Flinging Monkey, the nom de plume of a popular online men’s rights activist. A leader in the MGTOW (Men Going Their Own Way) movement, which encourages men to avoid romantic relationships with women, Monkey did not take kindly to my new Prager University video talking up the benefits of marriage for men. In the video, I noted, among other things, that married men work harder (about 400 more hours), smarter (they’re less likely to quit without having found another job), and more successfully (they make about $16,000 more per year) than their single peers. I described these as features, not bugs, of married life for men. 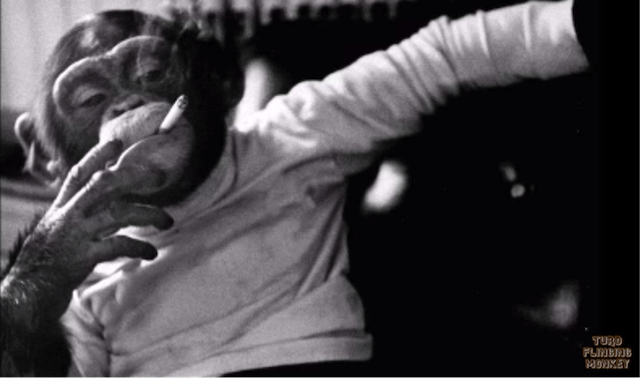 In response, in a video of his own, Monkey unloaded on marriage, arguing that the things I had described as features of marriage were in fact bugs.

This is Turd Flinging Monkey’s view of marriage. And judging by the thousands of internet comments and emails my video making the case for marriage to men has garnered, I’d say his perspective resonates with a substantial minority of men. There are lots of men out there who harbor a deeply misogynistic view of the opposite sex, an unremittingly negative view of love and commitment, and a complete lack of faith in marriage to deliver on their deepest dreams and desires.

Some of this, it seems, is about a kind of Peter Pan syndrome, where guys don’t want to grow up and settle down. Some of it is about a kind of individualistic hedonism, where guys don’t want to forego the opportunity to set their own work hours, hang out with their friends on their own terms, and score as much with the ladies as they can. One correspondent, a 29-year-old man named Craig, put it like this: “I bet I’m getting a lot more with high quality women with no commitment” than the average married guy, adding that he has time to “work out and exercise because I don’t work those 400 extra hours a year” that married guys typically do (responding to a point Robert Lerman and I noted in a recent AEI/Institute for Family Studies report).

But a lot of this negativity toward marriage is about divorce. The stories and the invective I’ve heard in response to my video make clear that a lot of the MGTOWers think marriage is a bad bet for men. It’s a bet that often ends with the man losing primary custody of his kids, a substantial share of his assets, and control of a large fraction of his income. Social scientists estimate that about 42 percent of first marriages end in divorce and about 66 percent of divorces are initiated by women. This means that a lot of men are divorced unwillingly, sometimes for good reasons and sometimes for not-so-good reasons.

It’s the experience of divorce, or the expectation of divorce, that leaves many men reluctant to tie the knot.

It’s this experience of divorce, or the expectation of divorce, that leaves many men reluctant to tie the knot. In Craig’s words, “I’m currently dating an attractive girl who treats me very well compared to my friends’ girlfriends but I would never get married… nor will I ever have kids with any woman unless guaranteed 50-50 custody with no child support was made into [family] law as it should be.” Needless to say, given the character of family law today, Craig is unlikely to be heading to the altar anytime soon.

The outpouring of rage, pain, and despair my video triggered suggests that one unintended fruit of no-fault divorce, and the larger divorce revolution of which it was part, is that a large minority of men are increasingly ambivalent towards or openly hostile towards virtues like sacrifice, commitment, and love—not to mention women and the institution of matrimony. And judging by the emails, comments, and videos my Prager University video engendered, many of these men think the best they can do is score with lots of women rather than settle down with one woman (and then be discarded). In the words of one correspondent, “I’d rather just pump and dump women then be the sucker left with the tab.” These men’s orientation to marriage is the inverse parallel of the ambivalence and hostility that a large minority of women now have towards men and marriage (cf. Kathy Edin and Maria Kefalas’ Promises I Can Keep: Why Poor Women Put Motherhood Before Marriage).

One tragic consequence of what we might call the Maxim Masculinity view of love and marriage is that fewer men will seek to cultivate the virtues that make them good lovers and husbands, to their detriment and to the detriment of the women in their lives. Another tragic consequence is that more men will end up uncared for, unhappy, and unhealthy in later life—that is, if they make it into late life: unmarried men live almost 10 years less than stably married men. (Needless to say, findings like these suggest that for most men, marriage bears little resemblance to slavery.) And the biggest tragedy of all is that many of these men will end up having sons who end up just as disconnected from women, marriage, and family life as their MGTOW fathers.

Bradford Wilcox is senior fellow of the Institute for Family Studies and director of the National Marriage Project at the University of Virginia. He is the coauthor of For Richer, For Poorer: How Family Structures Economic Success in America.