In the recent Netflix series “The Tinder Swindler,” young, attractive, high-earning women “swiped right” and were matched with a man they thought was handsome and rich. This supposed son of a billionaire diamond trader charmed them by his attentions, flights in his private jet, meals at fabulous restaurants, and then swindled them out of their money. This real life story of a man who conned women out of an estimated $10 million may seem outlandish, and not particularly relevant to the lives of ordinary people. Yet new research published by Peter Jonason and Andrew Thomas in the journal Human Nature suggests that some of the dynamics depicted in the tale of “The Tinder Swindler,” particularly the attractiveness of higher-income men on internet dating sites, are real. Using 1.8 million people from online dating sites in 20 different countries, this study looked at the effects of an individual’s sex and resource-acquisition ability (as measured by a combined score of education and personal income) on the number of “indicators of interest” (including messages, likes, and winks) that were posted on their profiles by others on the dating site.

The study found that women in all countries received more indicators of interest than men on internet dating sites (see Figure 1). Men in general were more likely than women to “swipe right” or the equivalent expression of interest: women received between 540% and 780% more indicators of interest than men. This is likely due, in part, to the fact that men are slightly more likely than women to use internet dating sites, but it also shows that women are much less likely than men to send expressions of romantic interest to prospective mates. The study also found that both women and men who were higher in both income and education received the most expressions of interest, suggesting that both men and women prefer partners with more education and income on average. 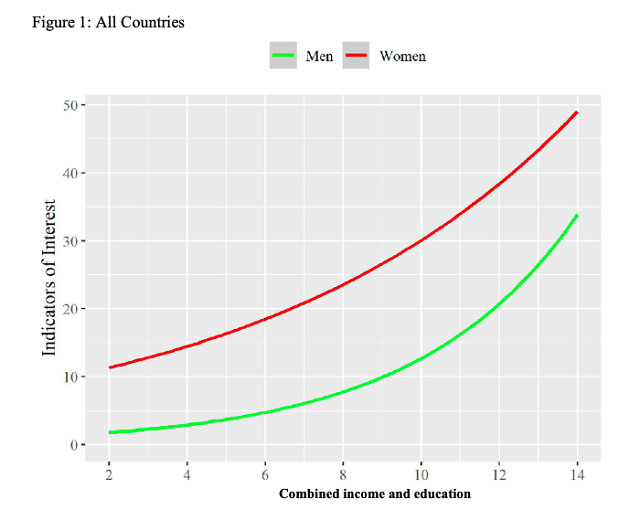 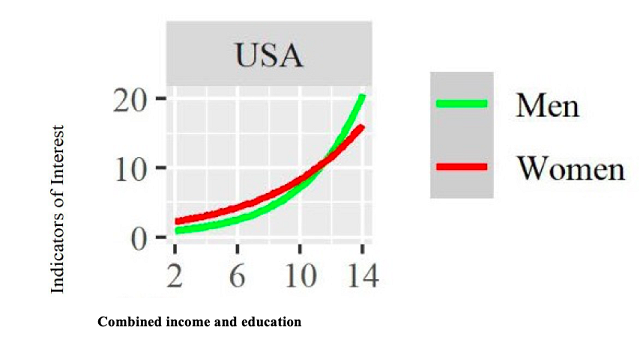 Online dating has become ubiquitous in developed countries and is an important way for people to meet their future spouses. According to the Pew Research Center, 3 in 10 Americans have used a dating site or app. The study described here, the first to use real-life data from a large international online dating company, shows distinct sex differences in revealed preferences for romantic partners. Women are much pickier than men in their choice of potential romantic partners, although both men and women prefer people with more education and income on average. Men with high income and education are disproportionately preferred by women. The bottom line is that the findings indicate that women are more selective in romantic partners than men and more likely to prioritize resource-acquisition ability in a possible long term mate, a phenomenon fully exploited by the “Tinder Swindler.”

Rosemary L. Hopcroft is Professor of Sociology at the University of North Carolina at Charlotte. She is the author of Evolution and Gender: Why it matters for contemporary life, (Routledge 2016) and editor of The Oxford Handbook of Evolution, Biology, & Society (Oxford, 2018).