In March of this year, the Institute for Family Studies released, More Work, Fewer Babies: What Does Workism Have to Do with Falling Fertility? our global family report. Earlier discussion in this space about that report focused on the Nordic countries—long the poster children for the thesis that gender equality and generous work/family policies can support close-to-replacement fertility, but more than a decade of falling fertility required that the thesis be nuanced. The report introduced the concept of workism— the elevation of career advancement to a very high place in individual values—into the dialogue about sustainable fertility. Here, I move the focus from how workism helps explain the Total Fertilty Rate (TFR) of countries over time to how the concept of workism helps us understand how gender role attitudes matter for fertility as well as differences/similarities between women and men.

When you hear that workism contributes to falling fertility, what is the first thing you imagine? Perhaps what our report designers first came up with for the cover: 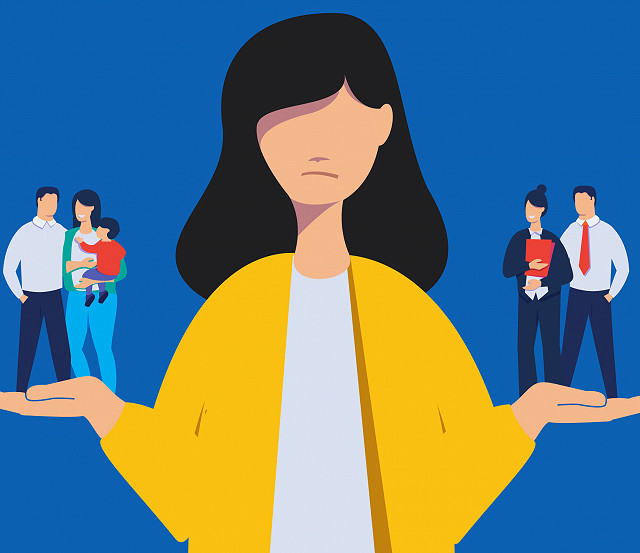 We quickly balked—not just because it is politically incorrect to blame women's workism for below-replacement fertility, but also because it did not represent our research well.

The proposed image was misleading because it put the focus on women. Take a look below at a figure from the report that shows very few differences between men and women when it comes to the relationship between workist attitudes and fertility.

These parts of the story are identical for women and men:

• among those assigning greater importance to work than to family, the degree of work preference mattered, with the greatest predominance of work corresponding to the fewest children

These are the differences we found between men and women:

• Across more than 150,000 men in 90 countries, virtually none said that family was "very important" and work was "not at all important" (the only combination that produced a net workism score of -3), but some women did.

In other words, workist and familist attitudes have very similar effects on childbearing for both men and women. It is not that family size suffers if women value work too much; rather, it is that work and family values are related to fertility among both men and women. 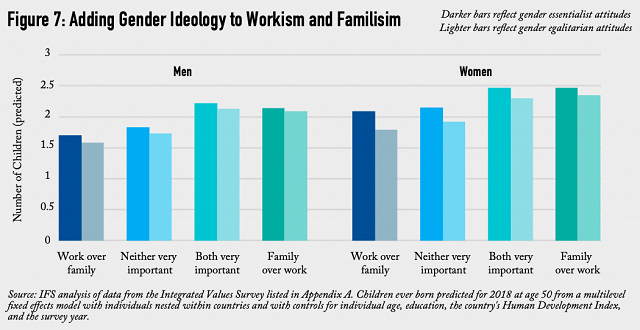 In each of the four work/family values categories, the fertility difference corresponding to gender role attitudes (between the dark and the light bars) is over twice as large among women than among men. In other words, individuals with egalitarian attitudes have fewer children (even though egalitarian societies tend to promote fertility), but progressive gender role attitudes seem to dampen women's childbearing more than men's.

Without brushing aside this gender difference, I want to put more emphasis on another important aspect of Figure 7: gender ideology doesn't matter much for childbearing among those who assign high importance to family (both sets of green bars), but the differences by gender ideology are large among those valuing work over family (the first set of blue bars on the left): egalitarian men had 0.13 fewer children than other workist men, and egalitarian women had 0.30 fewer children than other workist women.

So, while we might see some support for the idea that gender egalitarianism among women is an important part of the low fertility story, it is much more accurate to conclude that workism is associated with low fertility, and more so among egalitarian women than others. 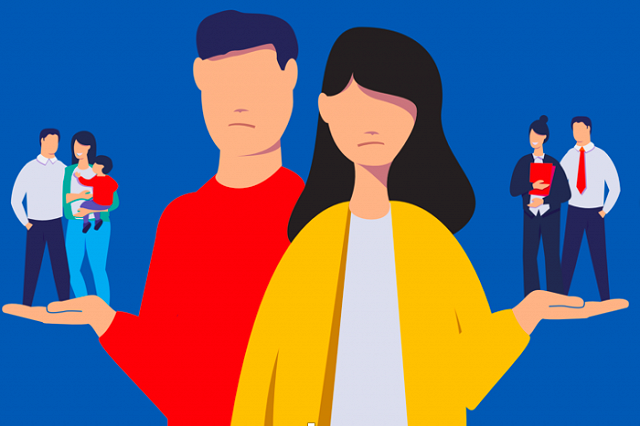 The small differences between men and women with respect to how work and family values are related to childbearing, coupled with the smaller fertility-dampening effect associated with egalitarianism explain why we ultimiately went with the above cover image.

The Pros and Cons of Canada’s Child Benefit