A Portrait of Contemporary Family Living Arrangements for U.S. Children

Children in America today are growing up in much more diverse family settings than they did a few decades ago. In 1970, more than 80% of American children lived in a home with married parents. Today, the share is about 64%.

At the Institute for Family Studies, we monitor the well-being of children and families and track the living arrangements of children in our nation. Using the most recent American Community Survey, this family fact sheet provides an updated and comprehensive look at the diverse family arrangements for America’s children.

Here are some key facts from our analysis of the 2018 American Community Survey. 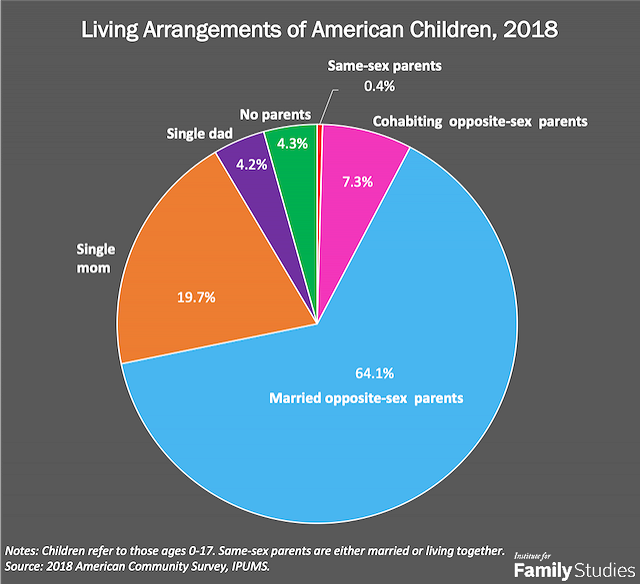 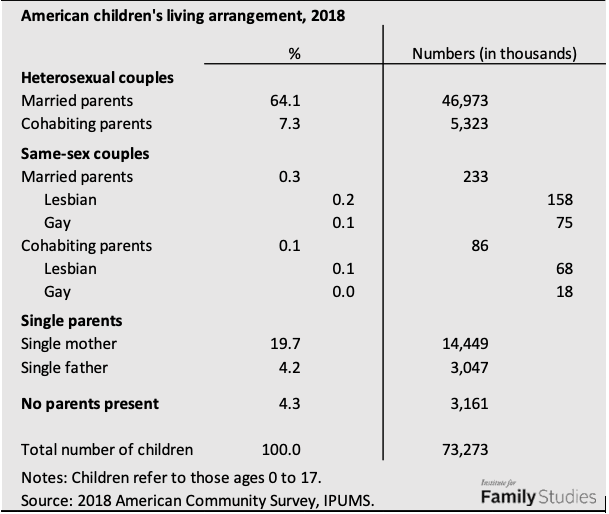 This family fact sheet on family diversity in America conveys two important takeaways: first, a majority of American children continue to be raised by married parents and, second, a large minority of children are being raised in a diverse range of family structures, chief among them, single motherhood.