by Matthew Saxey Brian J. Willoughby, @drbrian_relate
Back to Blog

However, other studies that have accounted for religiosity or other underlying values have consistently found that pornography’s negative effects on well-being1 and relational health2 persisted. On the other hand, other scholars on the “always good” side maintain that negative impacts from pornography use are spurious. Essentially, because pornography’s impact on well-being and relational health is still emerging, limiting the scope of pornography’s impact into an “always good” or “always bad” box may not be the most robust approach.

The sample for this study, which was conducted during the summer of 2020, was recruited from across the U.S. based on quotas for age, race, education level, and geographic region aimed at creating a demographically diverse sample. Participants included were at least 18 years old and in a committed relationship (i.e., seriously dating, cohabiting, or married), and the final sample consisted of 3,750 individuals. A second dataset was collected in similar fashion that included 713 romantic heterosexual couples. The results were based on both of these two samples.

Couples who are in the healthiest of relationships are the least likely to consume pornography. 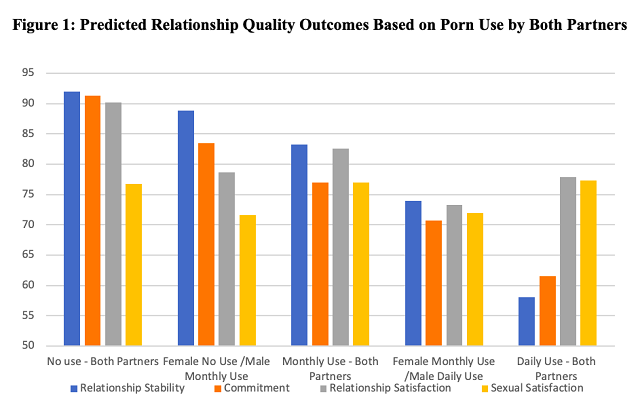 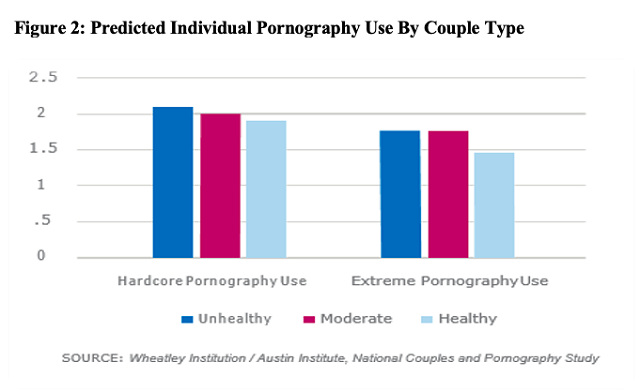 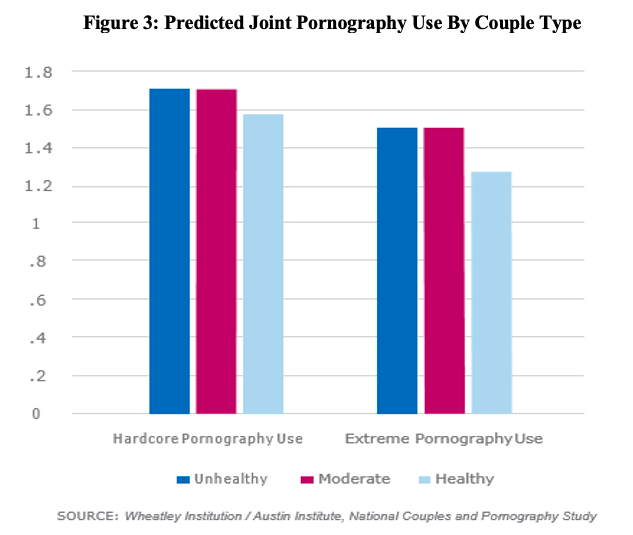 Through addressing two methodological limitations inherent in pornography research, utilizing a large sample size and more robust measurement, these data show a negative trend. Specifically, those who are in the healthiest of relationships are the least likely to consume pornography. While there are certainly many nuances and contextual factors to consider when examining pornography use, with stronger measurement and a national U.S. sample, it appears that those in the healthiest romantic relationships are those who also tend to avoid pornography use.

Matthew Saxey is a Family Studies Master's Student at Brigham Young University and current Wheatley Institution Student Scholar and Graduate Research Assistant. Dr. Brian Willoughby is a Professor in the School of Family Life and a fellow of the Wheatley Institution.