Labor Day was first celebrated in 1882 in New York City, and the concept of honoring American workers caught on quickly: by 1894, Congress had made it a federal holiday. At the risk of stating the obvious, the U.S. labor force has changed a great deal since that era. Workers are now much less likely to be injured or killed on the job, and according to the limited available data and most historical estimates, they're working considerably fewer hours per week now than they did back then. Here are a few other major transformations in American labor:

1. Workers moved off of farms and out of factories, and into stores, restaurants, offices, and hospitals. The largest occupations in 1910 were dominated by farmers, farm workers, and operatives and laborers primarily in manufacturing industries. A century later, workers were most likely to be retail salespeople, cashiers, preparers or servers of food, office clerks, or nurses. In coming years, manufacturing is expected to continue its decline while the sectors of health care/social assistance, education, and professional/business services expand.

2. Women joined the labor force in droves, while men dropped out of it. 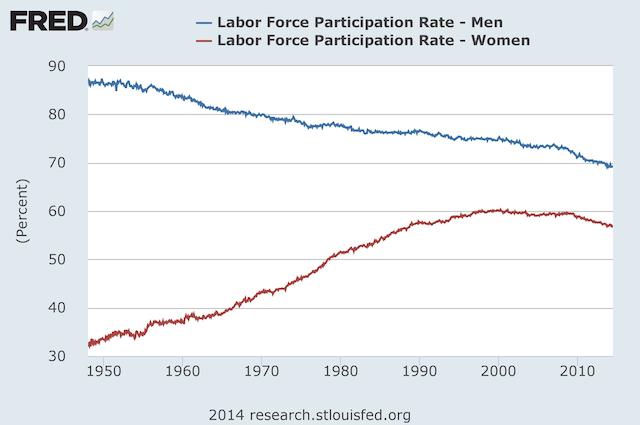 The recent decline in the labor force participation rate of both sexes can be attributed mainly to population aging and the aftermath of the Great Recession, prominent economists say. Men and women who aren't in the paid labor force are often doing plenty of productive work in their households and families, of course, but a lack of good job opportunities—one factor that deters people from working—has negative repercussions for everyone.

3. Unions experienced almost a century of rapid growth, followed by four decades (and counting) of decline. 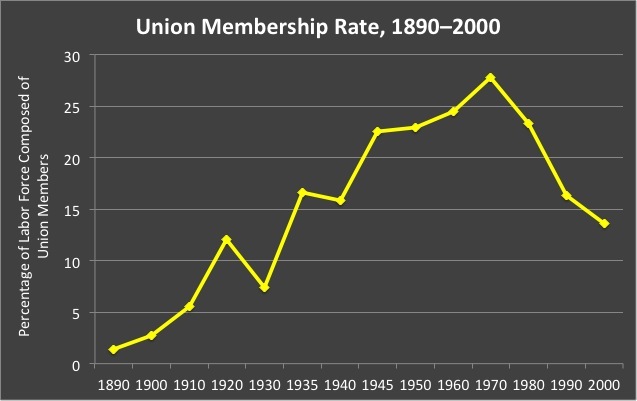 Why the decrease? Political constraints, economic trends like globalization and the decline of manufacturing, and cultural factors such as individualism and voluntarism could all play a role. Whatever the cause of unions' decline, however, the future of work in America may be one of low wages and erratic schedules (both of which are hard on families) unless policy-makers find some other way to bolster the power of labor.

In Defense of Housework

by John A. Cuddeback
Work-Family

Workism and Fertility: The Case of the Nordics

Romney's 'Family Security Act' Is Pro-Marriage: What the Numbers Tell Us

Paid Family Leave Is Needed, But Let's Keep It Simple